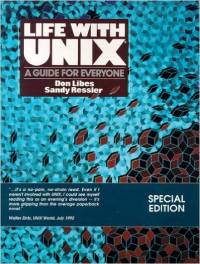 The authors have kindly donated a PDF version of the book to the Unix Archive.